The Monk who taught me HUMILITY

You are here: Home / Blog / Article / The Monk who taught me HUMILITY

The Monk who taught me Humility 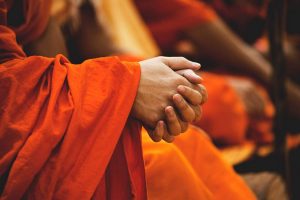 It was another typical day in Johannesburg, where I had setup a meeting with the hope of starting a new business partnership. I woke up early that morning and started my usual morning routine, meditation, reading and visualizing how my day would go.

I arrived at the restaurant early and while waiting I ordered a cup of coffee and kept visualising, feeling and hearing how well things would go. Minutes passed on and I started to check my watch as the time that was set had passed by 20 minutes. Its normal for people to be this late (I kept asking myself), perhaps the traffic is really bad and there’s no way through it, I tried convincing myself.

An hour went by and after three cups of coffee I decided to call. The phone rang several times but no one picked up, I tried another three times and before I knew it 2 hours had gone by. I was so upset and just knew that this was one of those situations where a client had either forgotten or completely decided to blow me off. I went straight into my inner rant of how terrible I am and how I could be so naïve to believe that something of this magnitude could ever happen to someone like me.

My day immediately went from great to what felt like a complete waste of my time and energy. I somehow found myself in the “negative self-talk trap”, thoughts like `’I should have just found a regular job so I wouldn’t have to deal all this stuff”. I had been there one too many times as an entrepreneur.

I paid my bill and moved towards the train station and at this point I was feeling utterly  defeated. I arrived at the train station and went straight into the train. A man dressed in a bright orange garment (similar to monks) decided to sit next to me. As he was approaching me I felt this very strange but peaceful feeling that I had never felt before. I couldn’t really understand it because I was still so frustrated with myself.

He greeted me and I greeted back, as the train started to move I felt compelled to say something to him but I was still caught up in my misery. He smiled at me and then we started to speak. I was so fascinated by how he changed the energy of that entire place simply by walking in so I asked him how he did that?

He looked at me and laughed then said “it’s simple, I am at peace and as light as a feather, all the things which happen around me and sometimes to me don’t change my light approach to life. Everything that must happen will happen but I am in charge of how I react to it”. At this point more people had gathered around us and were listening to his soothing voice.

The man continued, and said, “it’s simple all you have to do is see the beauty around you, look at you and how perfect you are. You are like a masterpiece and so is everything around you.  Once you begin to see the world as a masterpiece, even the things which don’t go your way, how can you not be in awe and at peace”.

I then asked him what his greatest lesson that led him towards this realisation was. He smiled and then said, “humility”. You see humility is the key to life because when you are humble you open yourself up to being of service, you see the world as a masterpiece and everything in it, he said.

Humility is the greatest gift that one can give to oneself because once you humble yourself, you allow greatness to emerge from within you and everything becomes a lesson and a blessing. We all have the power and potential to allow the difference that needs to emerge from within us to come forth and change the world.

As the train moved closer towards our stop he smiled one more time and said, “always remember that humility will always lead you towards your greatness and will help you unravel the gift that you brought forward to this beautiful planet”. With that he stood up and walked away.